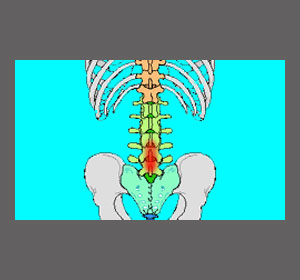 Becoming paralyzed by spinal stenosis is not a typical patient fate, but it is possible in cases of untreated or acute central canal impingement.  After all, stenotic changes compress the spinal cord or the nerve roots of the cauda equina, potentially causing temporary or lasting paralysis in the arms, legs or in all four limbs. The fear of being paralyzed is common in many dorsalgia diagnoses. This fear is unfortunately often implanted and fostered by care providers, often in an attempt to frighten the patient into drastic treatment, such as major surgical intervention.  In virtually all cases, this fear is scientifically unfounded, although in a few select instances, the dire warning of paralysis may be a very real threat.  The problem for diagnosed patients is ascertaining which category they actually and objectively fall into.

This dialog helps patients to understand the relationship between spinal stenosis and various paraplegic and tetraplegic conditions.  Furthermore, the discussion will provide a factual view of the prognosis for becoming paralyzed due to the various possible manifestations of central canal stenosis.

Paralysis describes a number of possible conditions that all involve neurological dysfunction leading to functional impairment.  Paralysis of any type and causation can be further broken down into 2 distinct categories:

Furthermore, the anatomical location of the stenosis will factor greatly into the areas of the body that may be affected by paralysis:

Paraplegic conditions involve a functional loss in the legs, while the arms remain viable and typical in motor and sensory capabilities.

Explanation of Being Paralyzed by Spinal Stenosis

Regardless of the type and location of paralysis suffered, the mechanism that creates the sensory and motor deficits remain virtually identical in all cases, although the circumstances and exact causation of the stenosis can vary greatly.  In all cases of stenosis-related paralysis, the spinal cord or cauda equina will endure compression from whatever structure is eliciting the stenotic changes in the central canal.

Be mindful that stenosis might be caused by permanent changes, such as arthritic accumulations or a congenitally narrowed canal, or might be enacted by transitory changes in the central canal caused by soft tissue pathologies, such as large intervertebral protrusions or ligamentous hypertrophic conditions.

Although statistically the chance of suffering paralysis is extremely low from any variety of slow developing stenosis, the chances of suffering lasting paralysis from a soft-tissue related causation, such as a herniated disc, are virtually unheard of, except in cases of extreme acute trauma.

Most cases of central stenosis that do involve the possibility of causing paralysis are created over time through the build-up of progressive arthritic changes, often compounded by acute spinal trauma to finally elicit spinal cord injury or spinal nerve dysfunction due to focal compression.

Simplified Summary of Being Paralyzed by Spinal Stenosis

Many patients cite being told by a doctor or chiropractor that they would or could become paralyzed if they did not acquiesce to some form of treatment.  In virtually every case that we have seen over the past 10 years, this prognosis is unfounded, speculative and grossly negligent. In the very best circumstances, these predictions fall into the growing trend of medical pessimism that is a direct cause of the nocebo effect responsible for escalating symptoms in so many patients.

In the worst cases, these predictions amount to iatrogenesis, medical negligence and often, insurance fraud, by virtually forcing patients into treatment interventions under the threat of illogical consequences that might occur in less than one tenth of one percent of patients with identical stenotic changes.  This is criminal action reflecting an unethical and profit-driven mindset.

Patients are often informed that these threats might be baseless, but still have a difficult time trying to personalize this knowledge to apply to their case.  In essence, many patients know that their chances of being paralyzed by stenosis are virtually zero, but how do they know if they fall into the tiny percentage who are at real risk?  This is a complicated problem to address.  Fear is a powerful motivator to be sure.

Our best advice is to always seek qualified care from a reputable spinal neurologist when seeking diagnostic and treatment advice for stenosis conditions.   We recommend seeking evaluation from a neurologist who is not a surgeon, nor one who works in a surgeon’s office, for the most objective view.

Furthermore, we recommend getting multiple professional opinions if paralysis is even brought up as possibility in relation to a typical stenosis problem anywhere in the spine.  Multiple opinions from unrelated sources have a better chance of yielding a trustworthy prognosis.

In summation, in most instances, stenosis can be easily monitored and treated far in advance of suffering any type of paralysis, be it permanent or temporary.  In cases where some degree of paralysis does occur, it usually involves catastrophic trauma committed to the spinal column, and that can happen to anyone, regardless of having a history of previous stenosis or not.

Therefore, our best recommendation is not to buy into fear or intimidation tactics and instead seek clinical evaluation from an objective and honest physician who has nothing to gain from steering you towards unneeded treatment, such as surgical intervention or long-term conservative care.  This is the best way to be safe and avoid becoming yet another victim of unnecessary care for a condition that might just fall in the parameters of “normal” and certainly not a danger of causing any form of paralysis.

Stenosis FAQ
Alternative Medicine
Cervical Stenosis
Thoracic Stenosis
Lumbar Stenosis
Stenosis Exercises
Pinched Nerves
Back Injury
Congenital Stenosis
Asymptomatic Stenosis
Misdiagnosed Stenosis
Elderly Stenosis
Stenosis Standing
This website is provided as a gift by The Cure Back Pain Network. We are the world’s largest and most respected patient education and advocacy organization in the dorsalgia sector of medicine. We are proud to help patients for over 15 years and do so without expectation for financial gain. Learn more about us.